On April 5th & 6th 2016, over 200 attendees will join the inspiring and cutting-edge FABulous Community Meeting in Bilbao. Among the participants, 25 teams of the current FABulous startup portfolio will present their innovative commercial applications based on FIWARE for the 3D Printing consumer and industrial markets.

During 2 days, attendees will get the chance to attend a mix of hands-on workshops, real-life testimonials, pitching competition and networking.

The meeting will gather entrepreneurs, investors and mentors active in the 3D Printing world. Startups from all over Europe will pitch their project to the public. Get to know the FABulous startups!

If you want to be part of the growing FABulous community, register to our newsletter and follow us on Twitter.

Please, register to this event before the 4th of April. 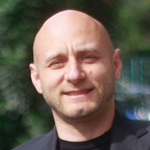 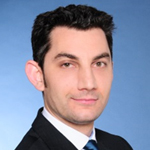 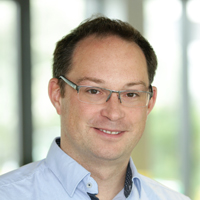 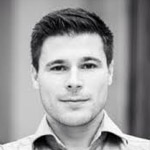 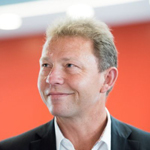 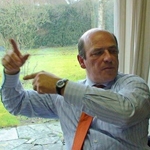 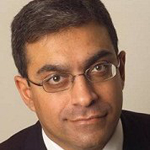 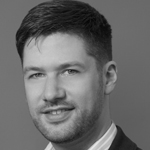 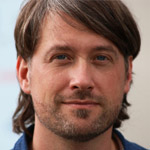 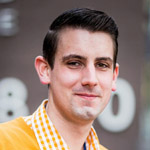 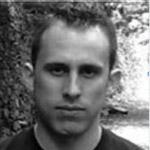 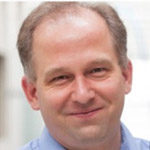 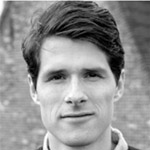 Save Your Print The Netherlands 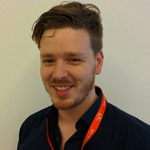 Why should you participate?

Please use Firefox, Chrome or Safari to register correctly.

Dr. Anastasios Stilianidis is project manager at a staff department of the Mercedes Benz Vans CEO. One of his responsibilities is to identify potential start-ups and manage the cooperation with them in order to develop new products. Before he joint Mercedes Benz he was an assistant professor for innovation and strategy at Strasbourg University and consulted start-ups European wide.

Round Table: Advanced design for AM

Klaus Hojbjerre holds a PhD in experimental quantum optics with a focus on laser cooling of molecular ions. Before venturing into the field of 3D printing, he worked on real time tumor tracking within radiation therapy. In 2010 he joined the Danish Technological Institute, where he worked for 5 years as a 3D printing consultant, driving several small and big R&D projects, both national and international. In 2015 he founded 3D-Opt together with two optimisation experts with the aim of assisting companies in unlocking the potential of 3D printing.

Nikolas is Layered Prints' founder and a software developer by trade. Since founding Layered Prints, he has been preoccupied with learning to understand the 3D printing market and its subsegments. In the last few months, he gained valuable insights into the organisation of decentralized additive manufacturing and is now looking to transfer that knowledge to others.

Round Table: What features do users expect from 3D software?

Mr Roberto Gimenez graduated at the Polytechnics University of Valencia in Telecommunications Engineering (MSc). He has also gained a Master Degree in R&D Management by La Salle International Graduate School and an international executive Master in Business Administration, apart from several courses on project and IPR management. He has been actively engaged into R&D activities for more than 10 years, working in R&D departments of several SMEs and participating in numerous FP6, FP7 and H2020 projects, and other European programmes. His research interest and competencies cover Smartphone embedded technologies, software and services for Smartphones as well as computer vision. Since January 2014 he is CEO in EUROB in charge of R&D and Business Development.

Round Table: Why is 3D printing not used everywhere?

Sven is expert on geometric modeling, in particular on efficient procedural and generative shape design.

Round Table: 3D Printing vs The Retail Industry

Round Table: Bootstrapping your own company

Started a webdevelopment company in 2013 while still a student. Joined forces with Jens Raskin & Kristof Philipaerts to start Cr3do, a 3D printing firm for SMEs.

Active in open-source communities and a big believer that FLOSS & business can go hand in hand.

Dr. Thomas Holzmann works as Investment Manager at AM Ventures Holding GmbH. His project and investment focus lies on Advanced Manufacturing and 3D Printing technologies along the value chain.

He holds a Ph.D. from Leiden University and a Master of Science from Grenoble Ecole de Management. Additionally, he received his Industrial Engineering Degree from Munich University of Applied Sciences. Before joining AM Ventures Holding GmbH, he worked as Technology and Venture Scout at Strascheg Center for Entrepreneurship where he systematically matched start-ups with established companies for joint efforts. Furthermore, he gained practical experience in the automotive and telecommunication industry and gives university courses on business planning and entrepreneurship. The intersection of technology, strategy and innovation is his passion.

Venture Partner & Executive Director with a proven track record in scaling market leading innovative services in the media, communications, financial services, retail and health sectors. Privileged to have worked for and with leading global brands creating business units from scratch which have generated multi-billion dollar revenues. My marketing, sales and product innovation competencies are balanced with strong entrepreneurial experience which has created and nurtured a number of successful IPO's raising over £150M+ and as a Non-Executive Chairman/Advisory managed 7 successful trade exits.

Investment Partner with regional representaiton of Robert Bosch Venture Capital GmbH in Europe and engaged in the Healthcare Search area on a worldwide basis. Focus on early and growth stage equity investment with minority shareholding.

Professional Journalist and Communication Consultant for the 3D Industry

I was born in Milan, Italy and moved to New York at age 14, which is where I received my higher education, all the way to my B.A from the State University of New York at Stony Brook. I moved back to Italy at age 26 and began working as an editor for a trade magazine in the videogame industry.

As the market shifted toward new business models I started working for YouTech, the first iPad native technology magazine in Italy, where I covered all consumer technologies and discovered the world of additive manufacturing. As it tried to make its first steps toward a consumer market, I became extremely fascinated by its incredible potential.

I then started to work as a freelance journalist and I collaborate with many of Italy's main generalist publications, including Corriere della Sera, Italy's first newspaper, covering science and technology, anywhere from sustainability to astrophysics. I became fascinated by technology watching Star Trek episodes in college. As 3D printing boomed I was swept away by this technology which I see as the ancestor of Star Trek's replicator. Since then many of my articles have revolved around the different applications of 3D printing. I started by own blog on 3D printing called IL REPLICATORE, which has now evolved into a full industry news website became a reference for the 3D printing industry in Italy.

Today I am senior writer for 3Dprintingindustry.com, a leading international blog on 3D printing news. I currently collaborate with several other websites and magazines, both in Italy and internationally, I work as a consultant for many startups and established companies in the 3D printing industry. I am a founding member of the Italian Digital Biomanufacturing Network (IDBN.org) and every day I find new, amazing, possibilities for this incredible set of technologies and people.

Serial entrepreneur with broad experience in all aspects of setting up high growth businesses. Direct experience with starting and growing new ideas into sound businesses, by building and managing dedicated top teams. Thorough general management, strategic and financial consulting and venture capital skills. Interested in early-stage start-ups as well as growth companies "on the bubble" in order to help them raise capital and boost their international expansion.

Mr. Stephan Kühr holds a degree in economical physics and worked as sales manager in an international wind energy company. Through his studies and personal technical curiosity he was always interested in new technologies and innovation. When he was 17 he founded his first IT & web design company, which he operated throughout his studies. His fascination about additive manufacturing comes from its innovative power and fast spreading character. At the beginning of 3YOURMIND he built his first 3D printer and found colleagues with whom he founded 3YOURMIND. Today, as CEO and managing director, he is constantly giving his energy for the growth of the software company.